Welcome to Mrslotcar, Australia’s Largest Slot Car Racing Centre. In 1994 the business was established with a single Mobile Slot Car Track, attending 100’s of  parties at homes, Fetes at Schools, Product launches, Team building fun nights and Corporate functions all over Melbourne, Country Victoria and into NSW. In 2001, we moved into our 6,000 square foot Raceway and Hobby Centre in Dandenong. After 16 years in Dandenong, we shifted to our new purpose built Slot car Raceway in Hallam, and still host 100’s of kids parties and business functions each year.

Parties have always been a big part of what we do at Mrslotcar. We have put many a smiling face on boys and girls from as young as 5 years old, right up to the Grandparents. As they experience the thrills and spills of slot car racing with their friends and family. Even the Mums and Dads can join in on the fun. And we look after them also with a great Coffee or tea from our Espresso machine. We cater everything for you including All your regular party food, drinks, lollies and even an Ice Cream Cake with candles. Click here for more info.

In July 2008 we hosted the Australian Scale Drag Slot Car Nationals over three days. Some of the entries came from W.A. and Queensland. But the majority that made up the 460 plus entries came from Sydney and Melbourne. In 2011 we were crowned Australia's fastest drag strip again. As it recorded the fastest ever pass on a scale 1/4 mile of 0.4441 seconds @ 203.2kmh.

Why not drop in and have a look at our Club racing on Wednesday, Thursday and Friday nights, and Saturday mornings! Our most popular class is the breakout class. We also host another 2 classes on each night. On Friday evenings the burn-out action starts at 7:30pm on the ¼ mile drag strip, where you can drag race your favourite model car against your family and friends. On weekends we host a variety of special events from Sprint races, Classic races with FJ’s or 1970’s Can-Am cars, Endurance races up to 24 hours, Team events, Pro-Series Drag meets, State and National Championships.

Mrslotcar also offers Trade accounts and consults on new Slot Car Businesses, offering a turn-key operation. We buy and sell re-furbished commercial tracks all over Australia, in locations such as … Tasmania, Western Australia, Northern Territory, Queensland, NSW and of course Victoria. Our wholesaling arm of the business also ensures the livelihood of Commercial Slot Car Racing in Australia, supporting the majority of Centre’s around Australia today.

In 2013 we started designing and manufacturing Commercial and domestic track systems thru the new website www.mrtrax.com

In 2014 our very own Peter Dimmers become the Scalextric World Champion. We are very proud of the achievements and skills that Peter has brought to Mrslotcar. He has always been an integral part of the Mrslotcar team.

We can also be found on social media thru Facebook and these websites ... 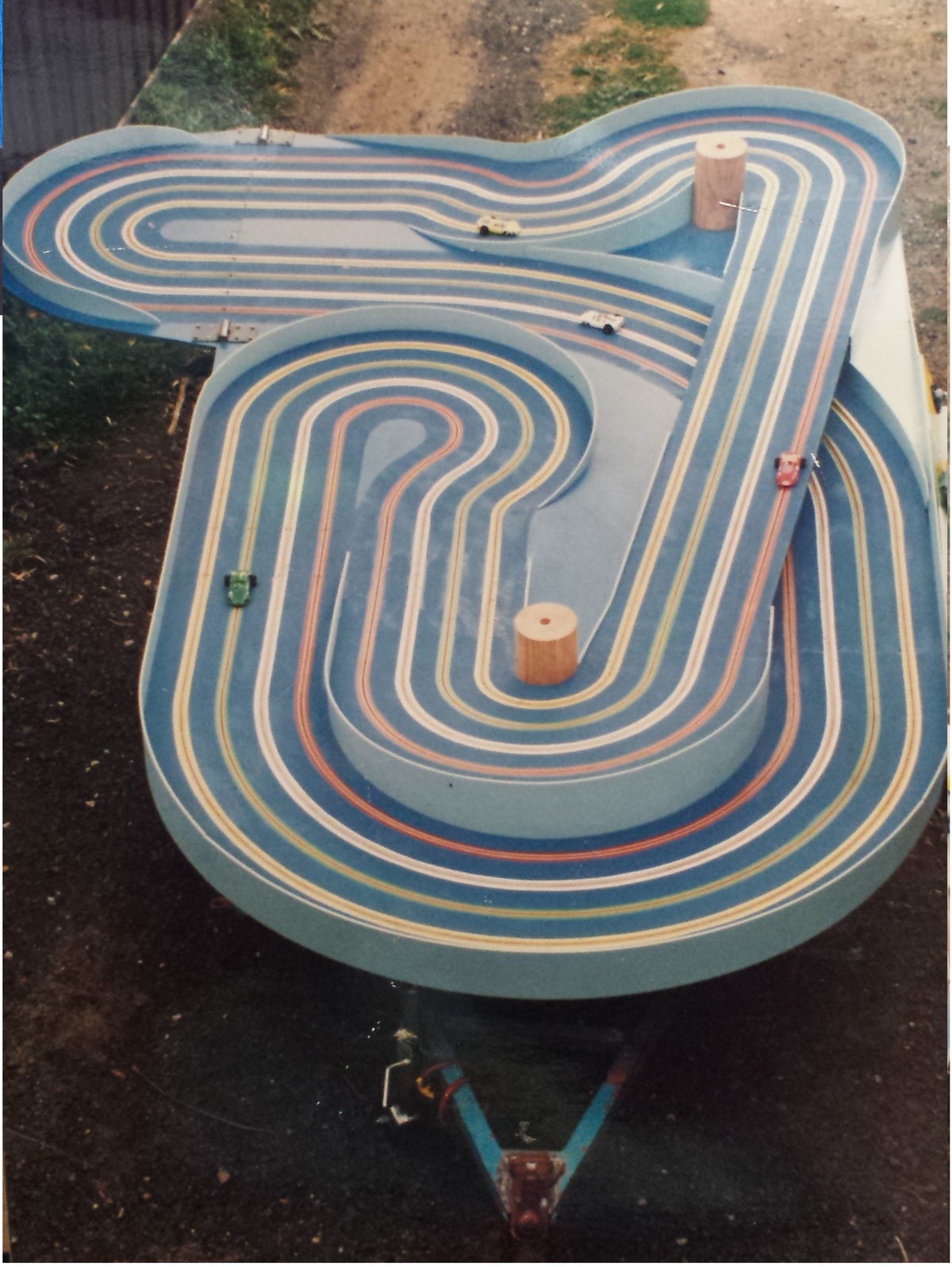 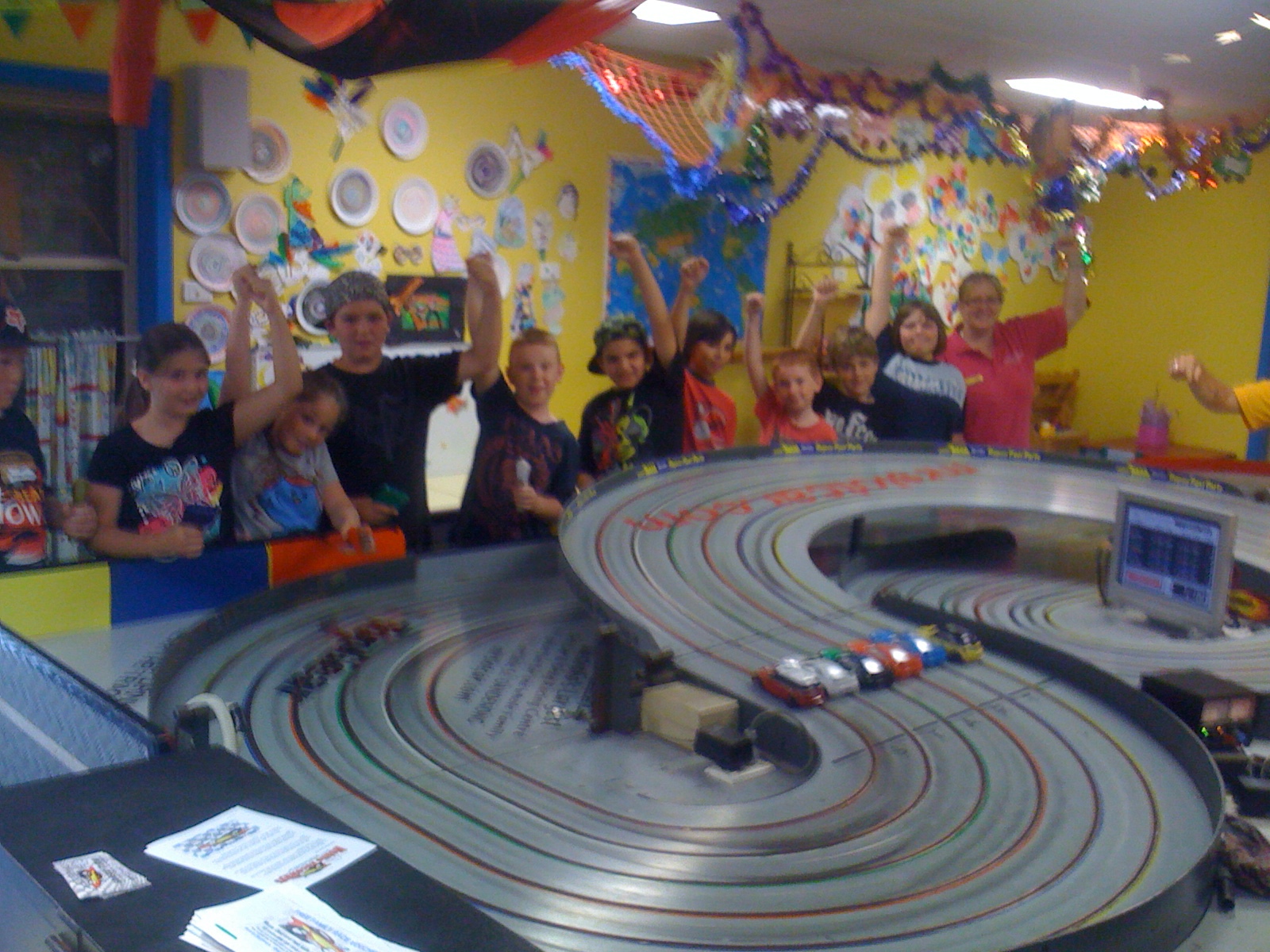 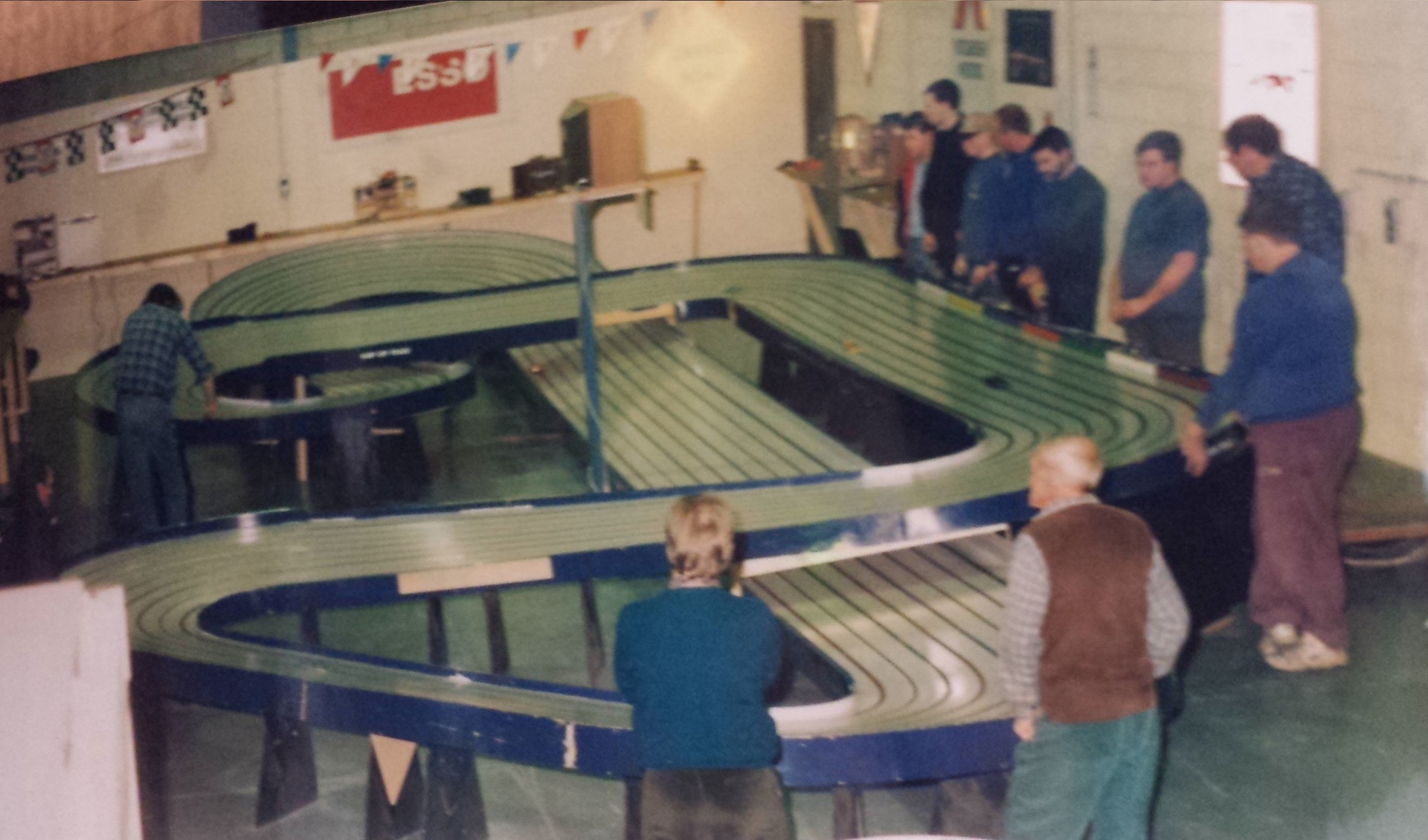 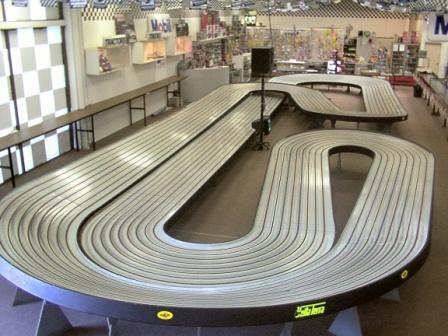 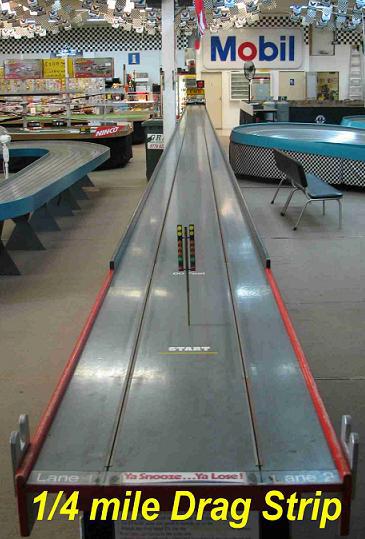 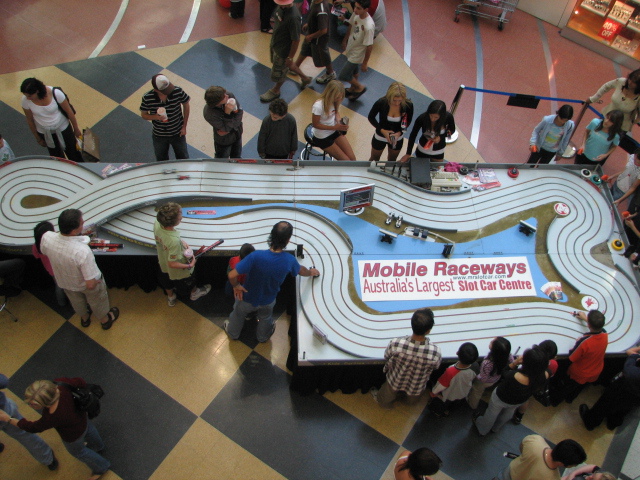 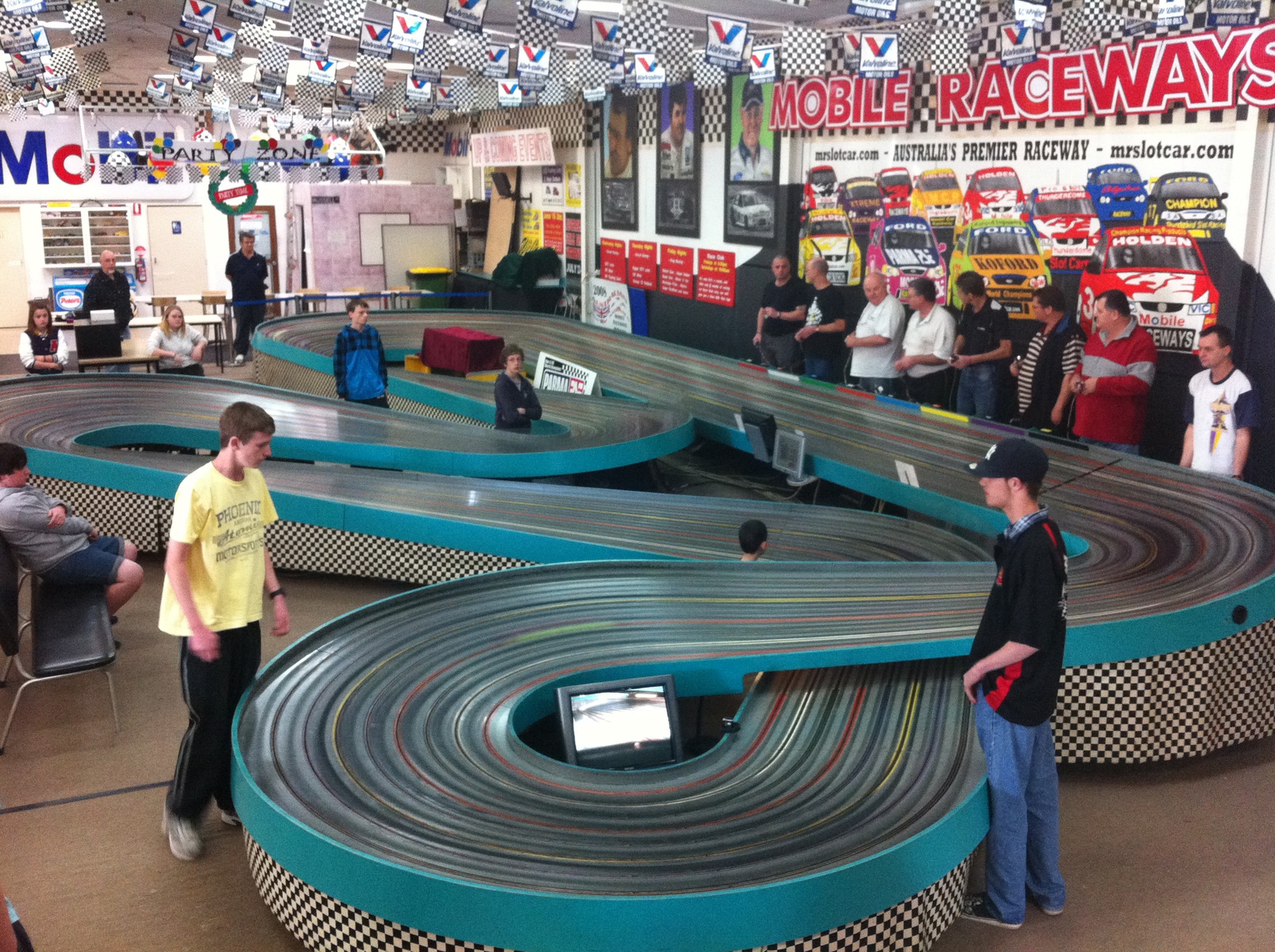 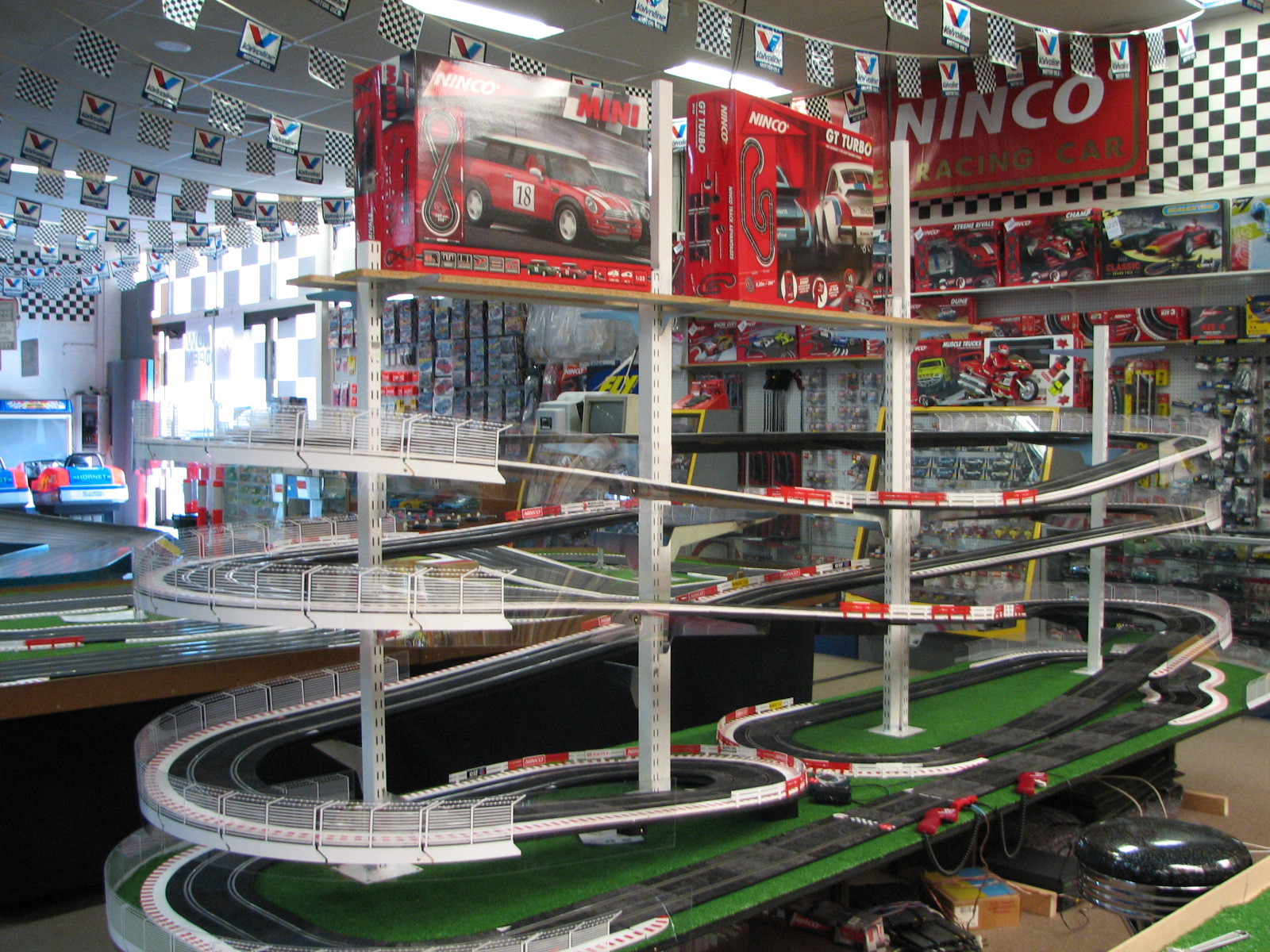 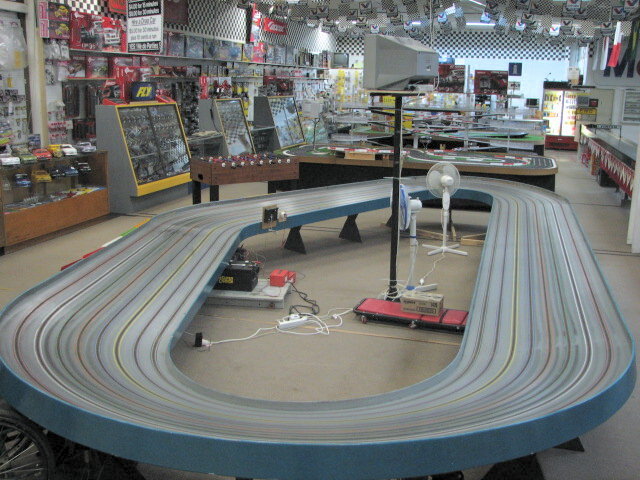 2007 ... In February we picked up the Johnson Kingleman from Lismore NSW. 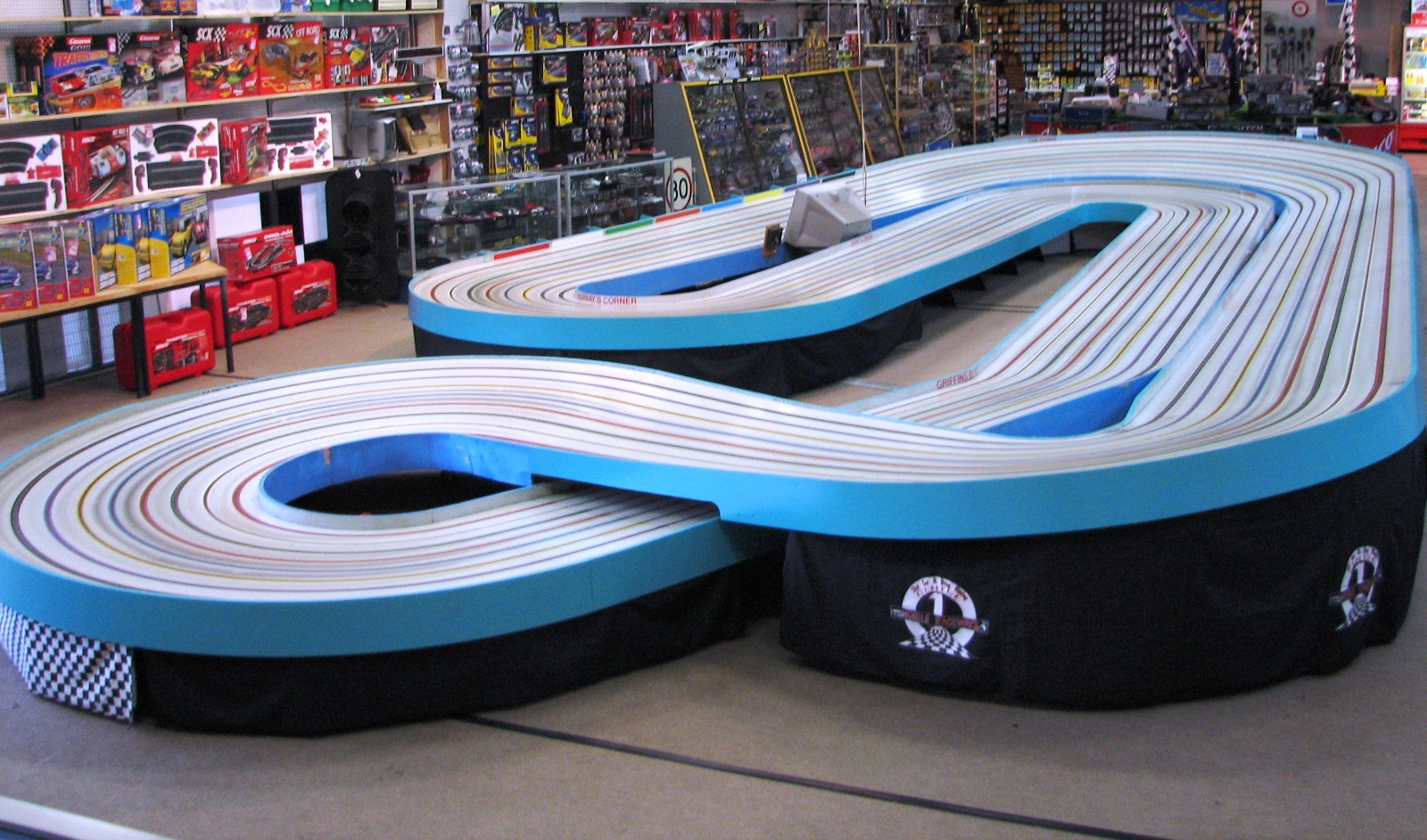 2007 ... Then in August we drove to Adelaide and picked up this very nice 4 Lane track 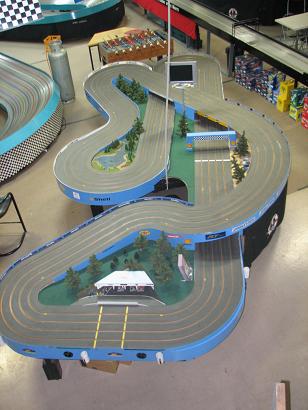 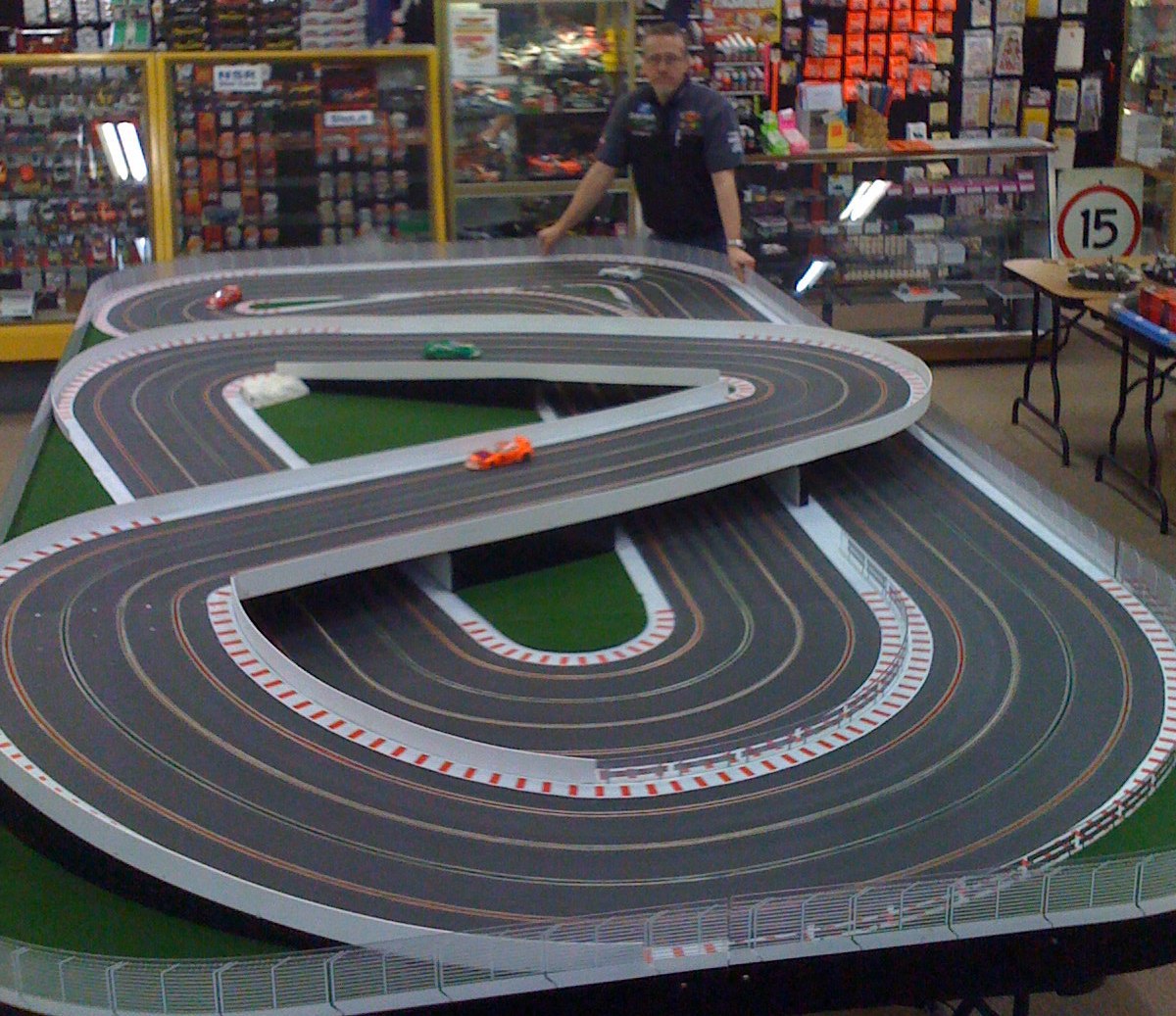 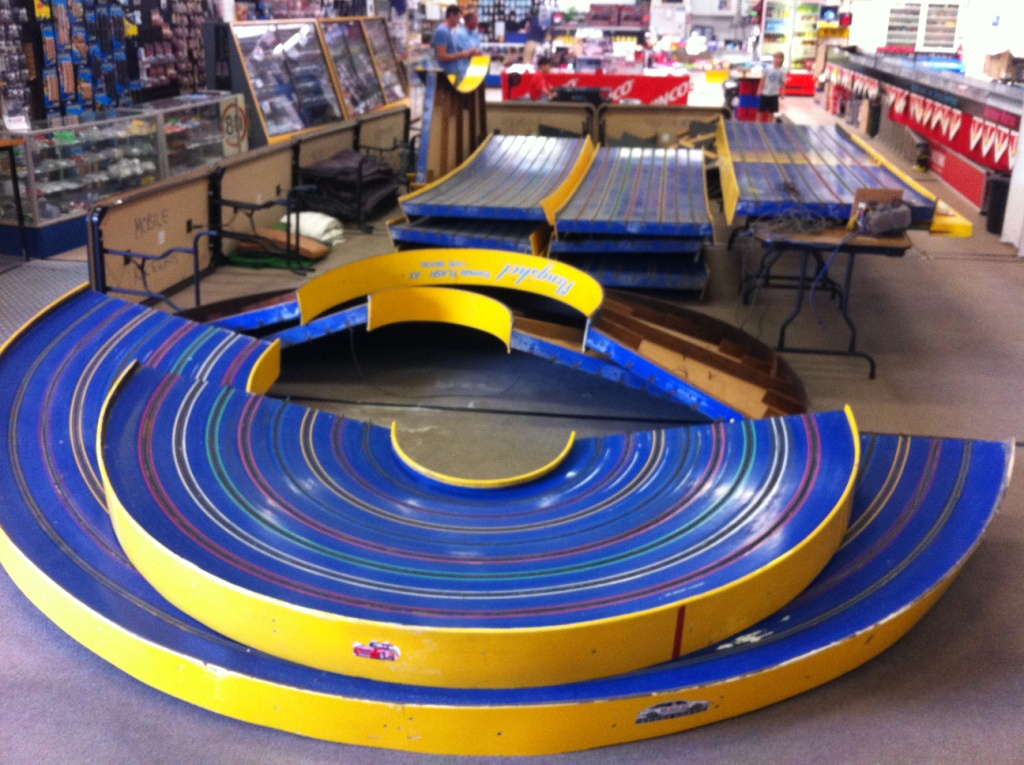 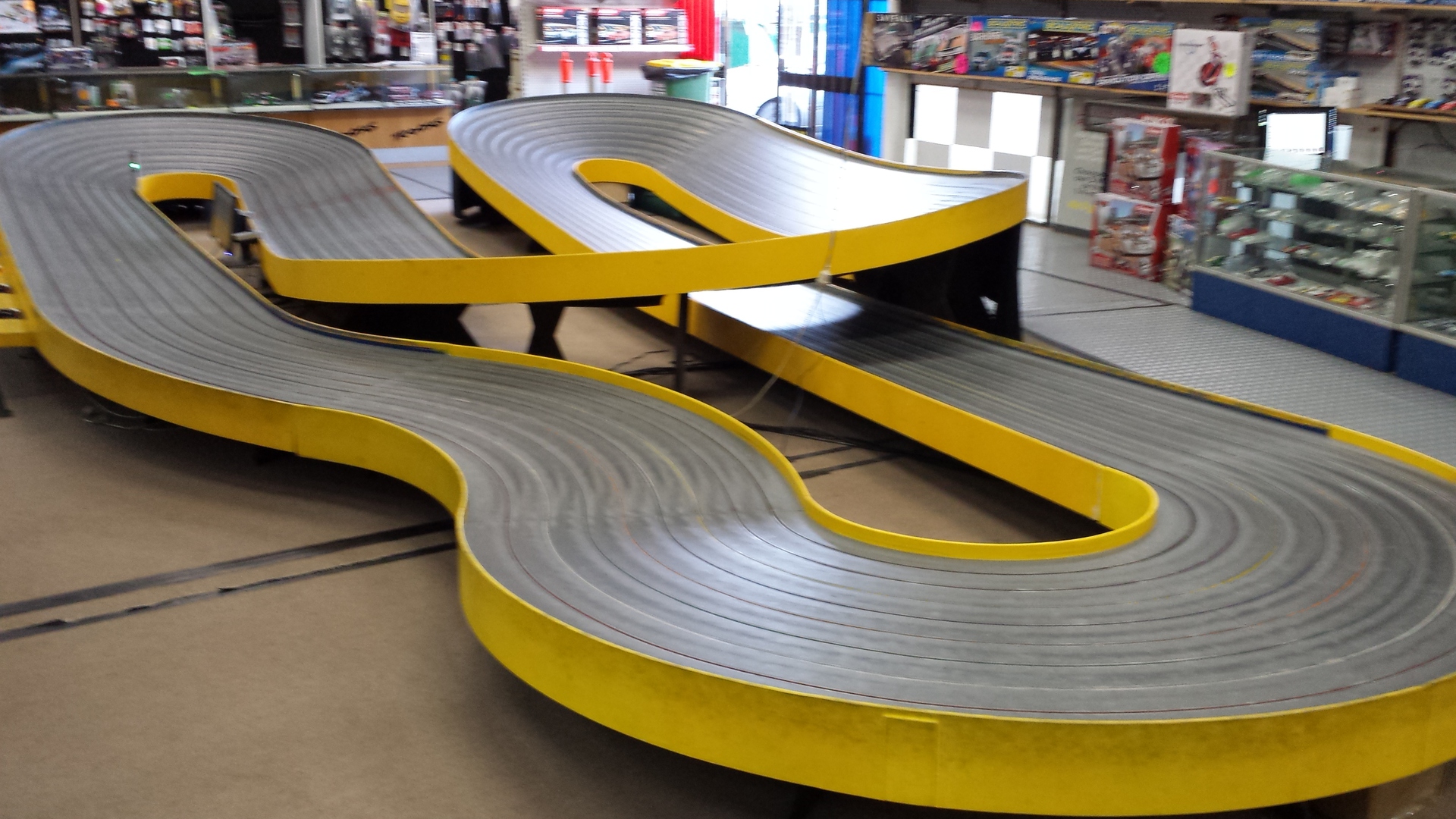 2013 ... In June we finished building our first Commercial track, the "Flat Black", just in time for the Model Car Nationals. 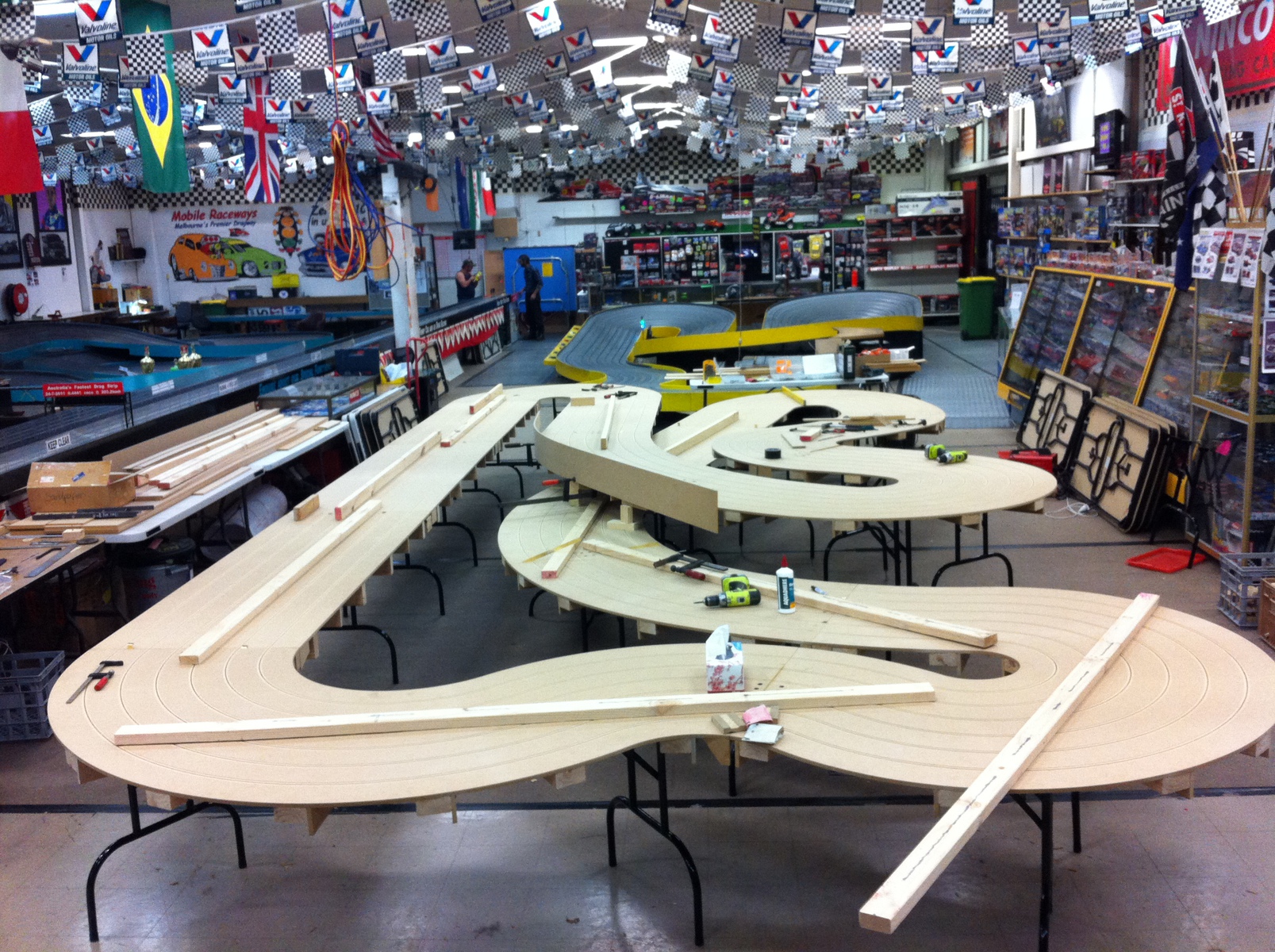 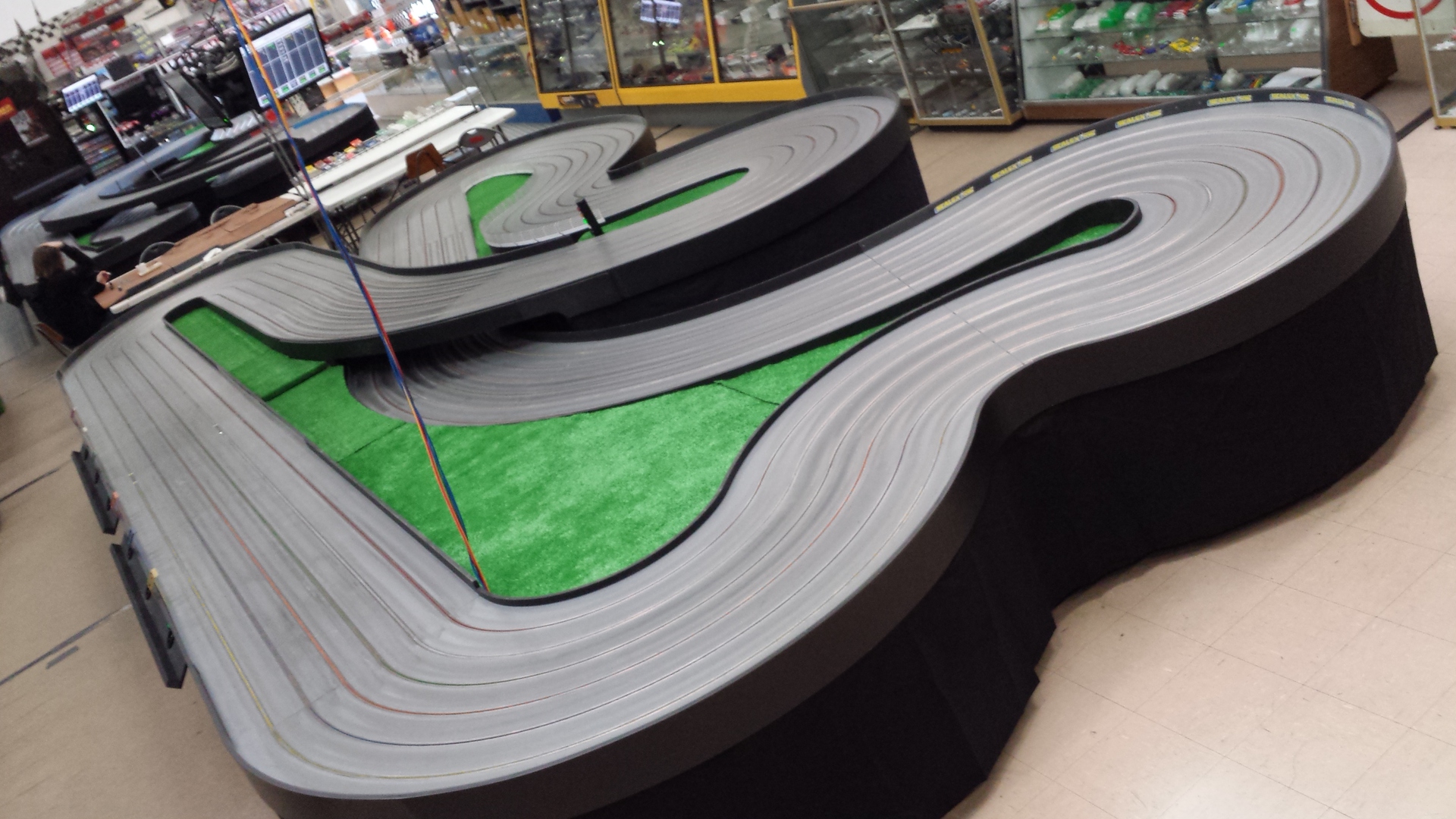 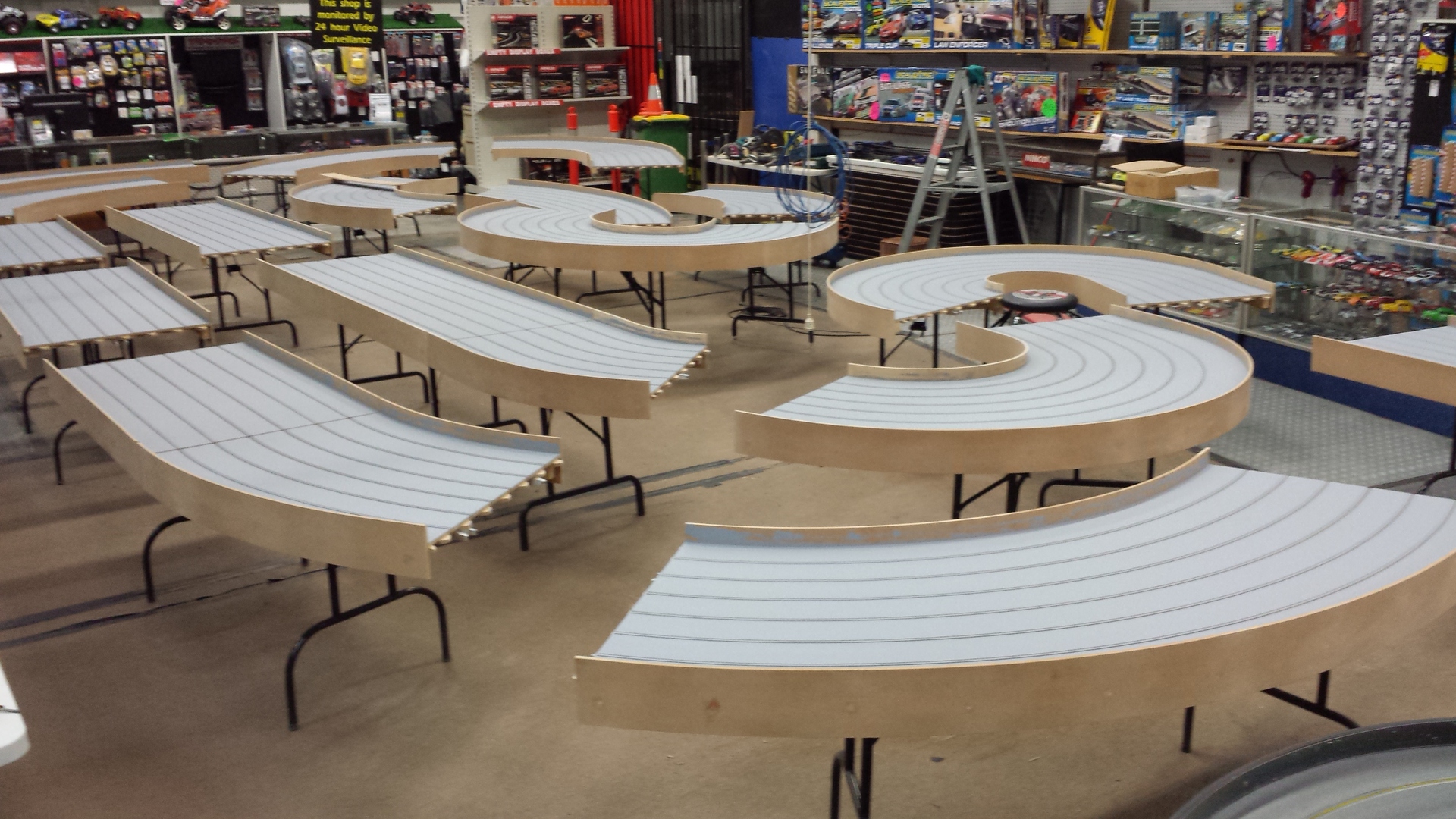 Later we added the rally features ... 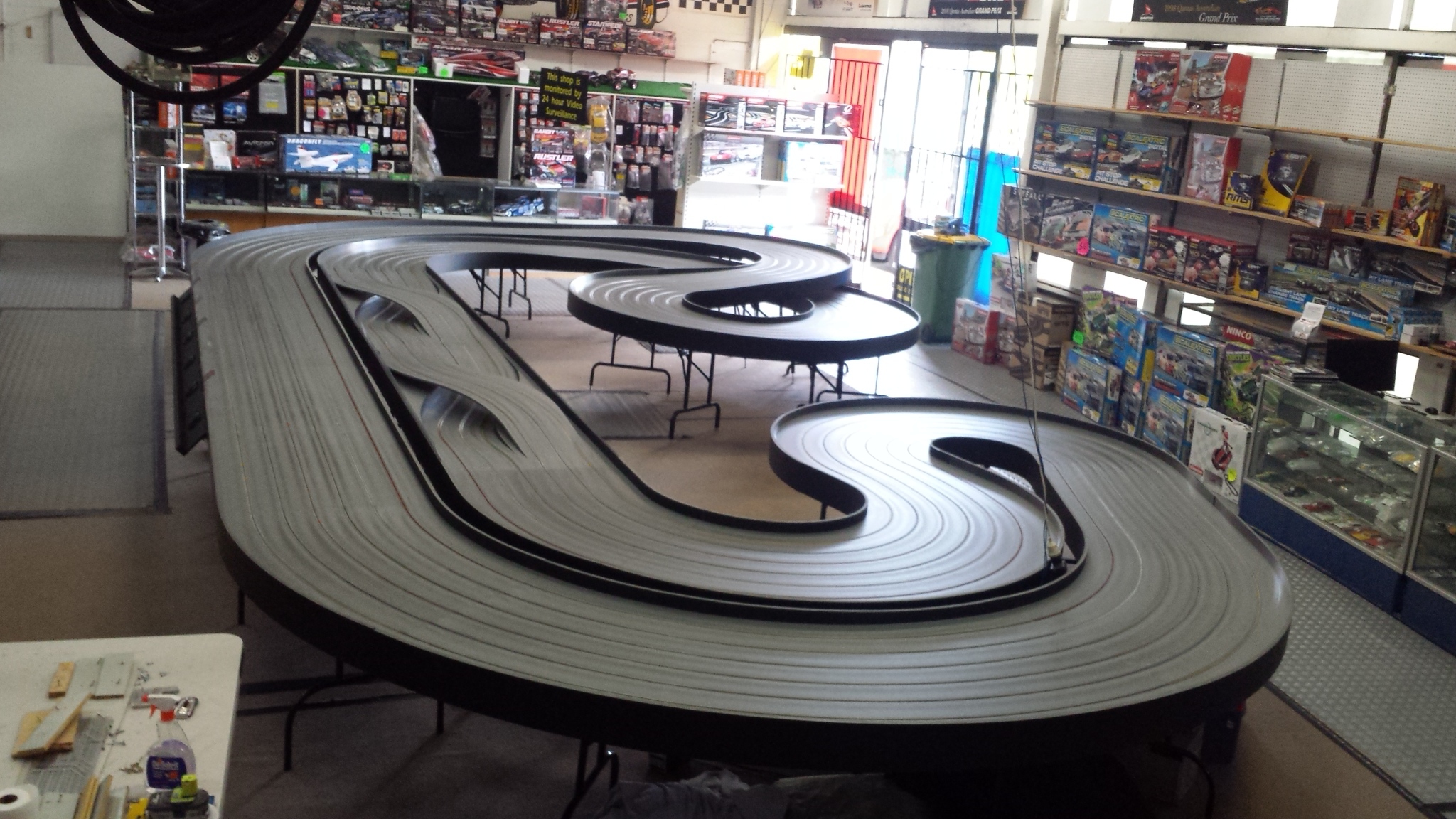 Later in 2013 we showed how versatile our Modular track system was by joining the Flat Black track to the Long Black track. Making it 83.333 metres long, which is a scale 2 km track. 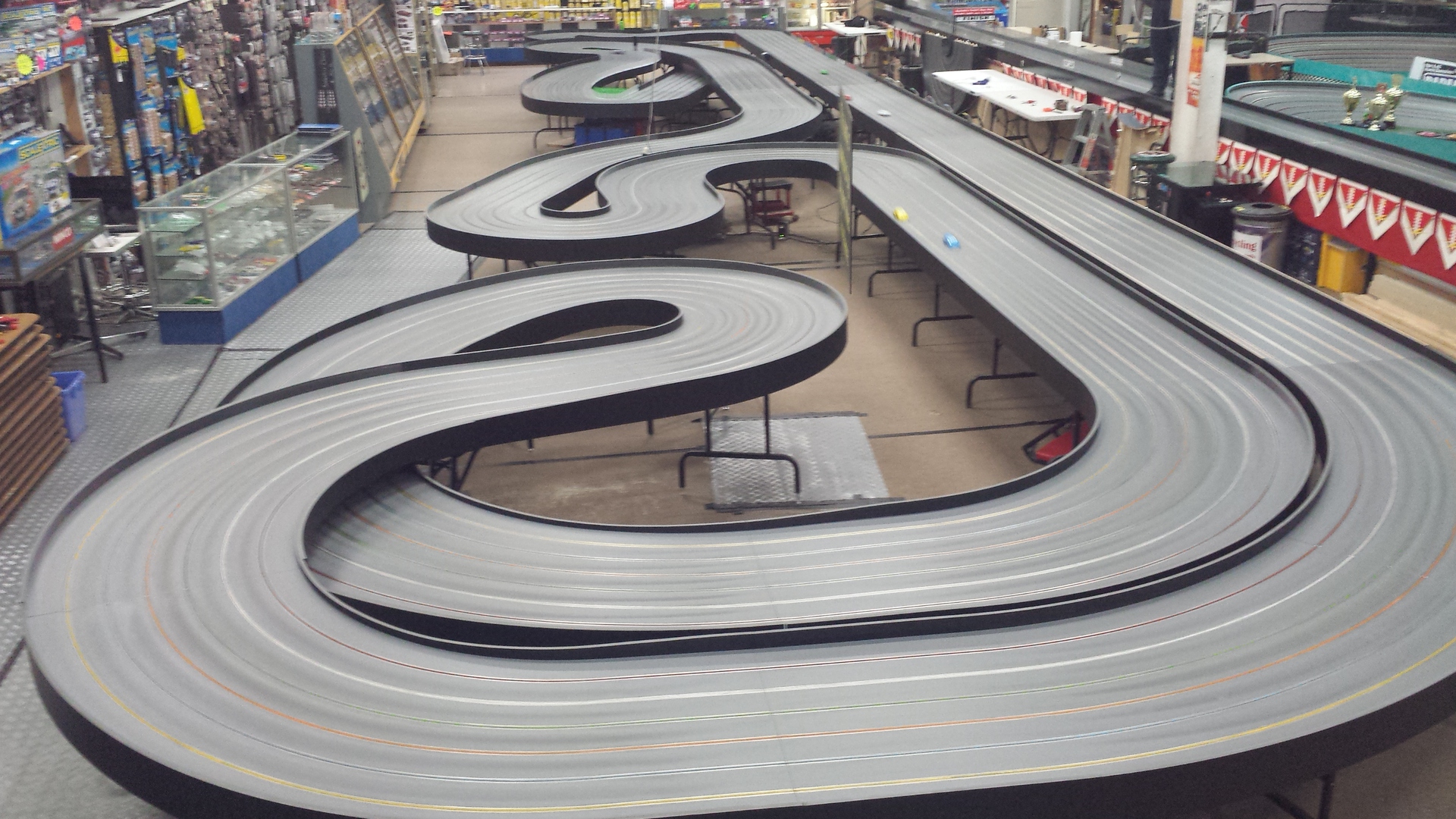 2014 ... On our 20th Business Anniversary we delivered the "Anniversary track" 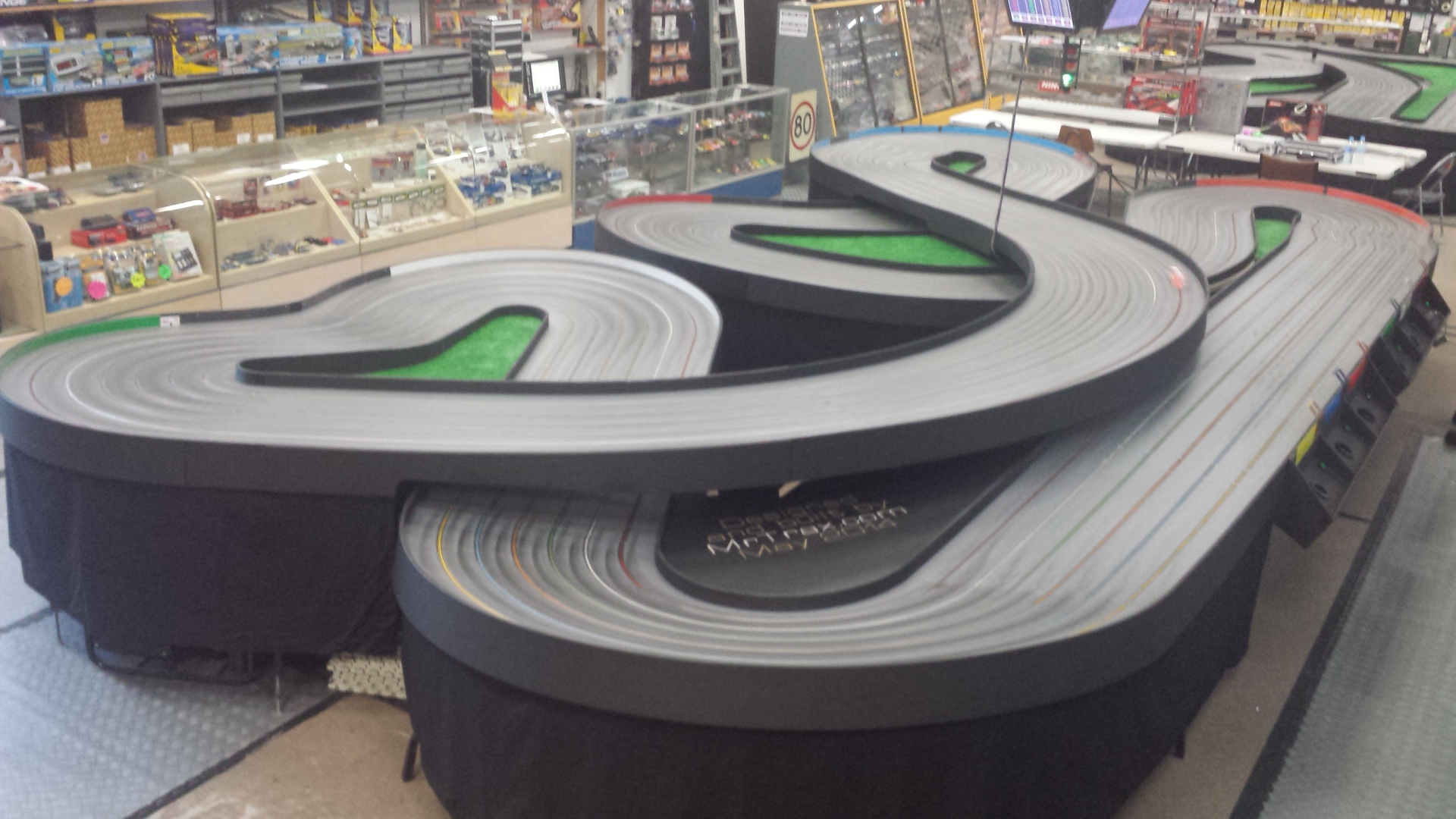